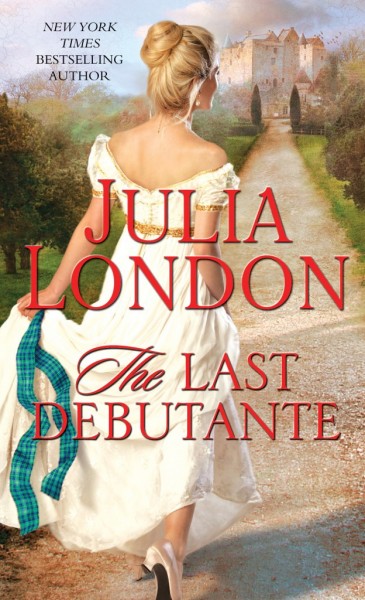 Set in the Scottish Highlands, a sensual romance about a young English lady and the Laird who holds her hostage from the New York Timesbestselling author who "creates magic...and leaves her fans begging for more" (Romantic Times Book Reviews). Having put herself into every conceivable social opportunity to gain an offer of marriage, Daria Babcock believes she is perilously close to being put on the shelf.  With her friends marrying and bearing beautiful children, Daria assumes the worst:  A life of tedium watching her parents tend their orchids.  When a letter comes from her grandmother Mamie in Scotland asking for help, Daria decides it's the perfect opportunity for a dose of adventure and excitement before she fades into the wallpaper.

The Laird of Dundavie, Jamie Campbell, has suffered his fair share of family trials and tribulations of late, which have cost him a fiancee.  The last straw comes when he learns his addle-pated uncle has been giving away the family fortune and emptying the clan’s coffers. When Jamie confronts the culprit responsible for swindling his uncle, an elderly woman named Mamie, she shoots him.  And when Jamie wakes up, a vision of loveliness is staring at his naked body.

Intrigued by the lovely lass and determined to right a wrong, Jamie forces Daria to Dundavie and holds her as ransom against he money her grandmother has taken.  But he doesn't plan on Daria turning Dundavie on its ear...or the the wild sparks that begin to fly between him and the lass.