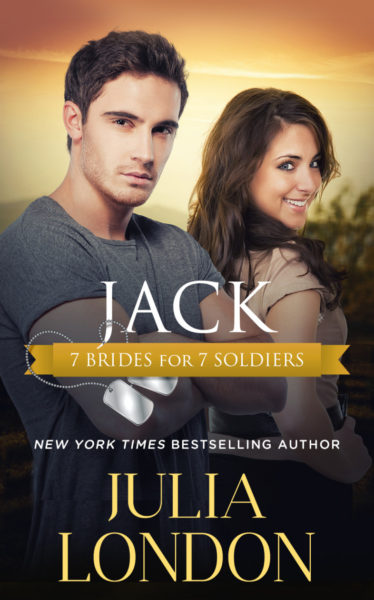 Former Marine Jack Carter has left Afghanistan behind, but after a close encounter with a suicide bomber, he now battles a hidden enemy. Ashamed that he succumbs to heart-stopping panic attacks, he refuses to leave his house and makes excuses for failing to meet up with his best friends.  He’s got the perfect set up—his job allows him to work from home, he hires out the dog walking and grocery shopping and he has subscribed to a meal delivery service that comes complete with a cook. Jack expected a lunch lady, but he gets Whitney.  She’s bubbly, she’s way too chatty, and his dog loves her more than him.  But he forgives her all of that because she’s sexy as hell and a bright spot in an otherwise lonely day.

Whitney Baldwin has been groomed to follow a long line of highly successful lawyers into an equally successful family law firm, but she’d rather bake a cake than read a tort. Her dream is to open her own patisserie.  To say her father is disappointed in her career path is an understatement—if she can’t pull this off, she’ll have to head home with her tail between her legs.  In a last bid to make her dream a reality Whitney accepts a job with Dinner Magic and lands an insanely handsome client in Jack Carter.  His crazy good looks captivate her, but it's something about his hyper-awareness of her combined with a vulnerability that is an irresistible recipe.

The smoldering attraction between Jack and Whitney quickly turns molten. But when he makes an important promise that he can’t keep, Whitney can’t fathom how this relationship is going to work.  Will Jack ever be able to conquer his worst fears for true love?