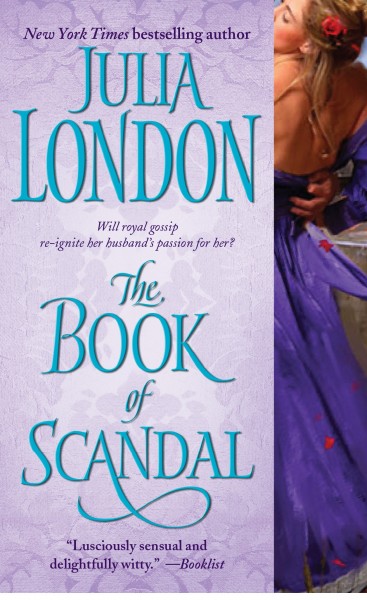 Nathan Grey, the Earl of Lindsey, is infamously known as the Libertine of Lindsey for his scandalous ways with women. But when he hears gossip that his estranged wife, Evelyn, is about to be named in The Book of Scandal, he has no choice but to remove her from London to protect her and himself from charges of treason—even if it calls for abduction.

While Evelyn has no legal recourse against the man who broke her heart years ago but is still considered her lord and master, she is no longer the immature girl Nathan married. Her enforced homecoming quickly turns into a battle of wills that tears down her husband’s defenses and lays bare the passion that still burns between them. Before it is too late, Nathan must confront powerful adversaries as he convinced Evelyn that she is not only his wife, but the one woman he will love for all time.