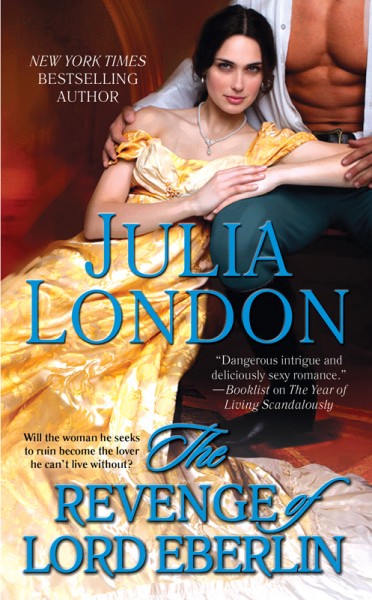 Coming in February 2012:  The Revenge of Lord Eberlin.  This is the one you are waiting for!  It’s a full length novel about what happened to Lily and Tobin after the stunning ending in Year of Living Scandalously.

Lily Boudine was a girl the last time she was at the English estate of Ashwood, the ward of her Aunt Althea, the countess of Ashwood.  Her memory of that time is dominated by a singular event:  the theft of the famous ruby jewels that had been given by King Henry VIII to the first earl of Ashwood.  Lily happened to see the woodcarver, Mr. Scott, riding away the night the jewels went missing, and only eight years old, testified to that.  Mr. Scott was hanged and Lily was sent to Ireland.  Weeks later, Lily learned that her Aunt Althea had drowned in a lake behind the house.  When news came fifteen years later that Lily had inherited the estate, she couldn't face her memories of that time and sent Keira in her stead.  But when Lily finally arrived at Ashwood, it was to a mess that her cousin Keira had created.  Keira had impersonated her to save the failing estate, and moreover, had discovered things that suggested Mr. Scott had died an innocent man. Lily finds herself battling the neighboring Tiber Park and Count Eberlin for control of Ashwood.  In a remarkable turn of events, he reveals himself to be Tobin, the son of Mr. Scott, and he is bent on revenge for his father's unjust death.  He has focused his revenge on Lily and tells her he will ruin Ashwood, or her.  The choice is hers.  Does Lily allow him to ruin Ashwood and put many people out of work?  Or does she choose herself and hope that she can outwit him?  As the battle between Lily and Tobin plays out, more secrets are revealed that lead to a shocking revelation.